The Impact of Birth Trauma on Breastfeeding: 4 Overlooked Causes

Can Birth Stress, Strain, and Trauma affect my baby’s ability to feed correctly?

Unquestionably, cesarean surgery or assisted delivery can be a lifesaving procedure and we should respect those who perform these procedures. Hence, it’s easy to assume that a cesarean section or assisted delivery is “easier” and “safer”. But, in truth, the fetus can be exposed to higher-than-normal pressure to the head and neck, which can lead to feeding dysfunction. Recent research has shown that difficult deliveries often result in difficult infant feeding. Here is some research. There are at least four reasons why the infant born by cesarean or assisted delivery is exposed to more pressure than the infant who was born by a spontaneous birth.

Frequently, a difficult or prolonged pushing phase precedes a cesarean delivery, especially if the little blessing is in the “acynclitic” position.

Hence, the fetus is exposed to increased pressure even before the surgery. During pushing, the average force on the fetal head and neck is approximately 26 pounds. With prolonged pressure, structures within the head and neck can be compressed which can lead to feeding difficulty.

In a normal birth, the fetus enters the extrauterine world by propelling themself down the birth canal. But during the cesarean surgery or assisted delivery, they are removed by pressure exerted by the obstetrician. First, the obstetrician’s fingers grasp the base of the fetal skull, chin or neck. This additional force (axial-traction with or without rotation) will further strain or injure the related soft tissue. Then, in an effort to pull the fetus through the surgical opening of the uterus, additional force is exerted.

Hence, there are more occurrences of pressure to be applied to the fetus.

Meanwhile, because pressure is exerted on structures that are used in feeding, the newborn’s feeding efforts are likely to be less than optimal.

Amount of Force Greater Than a Spontaneous Birth

Certainly, force is exerted on the fetal head during a spontaneous birth. The mother is pushing! But during a surgical birth, the fetal head and neck are exposed to force that can be higher than normal.

In all cases, then, being born exposes your baby to pressure on their head and neck. Assisted and surgical births exert more pressure than normal spontaneous births. This increased amount of pressure causes human tissue to respond with a guarding response. The good and bad news:  humans react to external force. So, how does this increased external force potentially lead to infant feeding difficulty?

If pressure exerted exceeds that which is above the normal physiologic tolerance level, the body naturally reacts with a muscle guarding response.  The guarding or “sympathetic” response causes the muscles to tighten. It’s a protective mechanism to reduce the likelihood of further damage to the hard and soft tissues, which is a good thing.

However, muscle tightness and subsequent joint restriction negatively impact feeding mechanics. As a result of this restriction the hard and soft tissues in the head and neck will have:

With limited range of motion in these soft tissues, the baby has feeding difficulties.

It is likely that such types of trauma affect multiple tissues and nerves associated with movement of the head and neck. Hence, after the newborn who has had tissue trauma to the structures that affect movement, he or she will have difficulty using and coordinating a suck, swallow and breathing pattern. This normal motion pattern is imperative for effective milk transfer and weight gain. 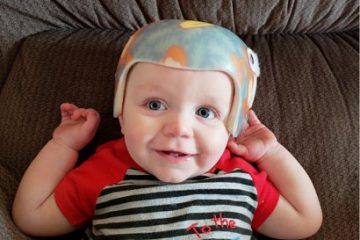 Over the course of many years, I have become very passionate and concerned for infants who are having problems with their head shape and their neck function. Some have already been diagnosed with plagiocephaly 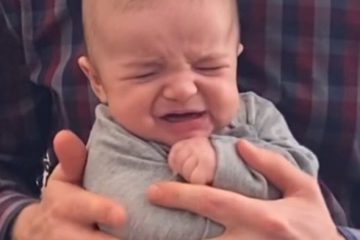 Uh-oh. It’s happening again. You feel like you're losing your mind because your baby is fussy, screaming and crying. You think you’ve tried everything—and seemingly nothing has worked. But, have you tried the baby accordion activity? 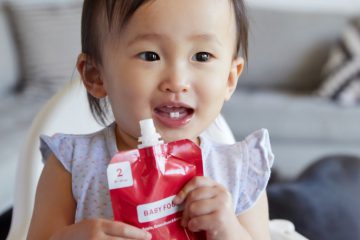 My Child Won’t Poop, What Should I Do?

My Child Is Constipated, what should I do?   Is your child constipated? It can be scary if your child is not stooling. Constipation in a young child is very common and it can cause them Read more…